Handling whatever
Mother Nature dishes out.

The equipment and manpower
to get the job done.

“Thanks so much for
your outstanding work.”

Get a no-obligation project
review and quote

The success that Heikes Enterprises has experienced over the years can be traced directly to the team of people involved. What separates Heikes Enterprises from the competition is the experience and dedication of its workforce, all of which is reflected in the quality of their work and their excellent safety record!

When Matt began his landscaping & excavating business in 1991, he had no idea that his career path would lead him to become a snow-only contractor. Sure, Minnesota had some wild winters to contend with, but snow removal was only an after-thought for most fellow contractors. However, as Matt continued to expand the snow removal side of his business he began to recognize that in this state, snow & ice management is a serious business requiring a serious contractor. With that in mind, Matt has dedicated himself to recruiting skilled operators and developing a committed workforce that is keenly aware of his attention to detail. Today, snow & ice management represents more than 80% of Heikes Enterprises' business and it is swiftly and purposefully moving toward 100%! Matt grew up in the south metro on his family's farm where his strong work ethic was instilled. Early on, he displayed his innate ability to operate heavy equipment. At just five years old, Matt was already operating large farm tractors and taking on many of the responsibilities that farm life requires. He also witnessed first-hand the economic ups & downs of farm life which led him toward the goal of running his home and business debt-free. His hard work and determination paid off. As the next generation of Heikes boys look towards a future of running their father's business, it is Matt's hope that they too will pass along these principles to future clients and employees.

When Laura married Matt in 1993 she became an instant business owner. Her accounting degree and bookkeeping background quickly proved useful in assisting Matt with the administrative details of the business. In 1995 Laura left her full-time accounting job at a law firm in Minneapolis so she could devote her attention to Heikes Enterprises. Laura continues to find self-employment both fulfilling and challenging. She mostly enjoys the fact that she is contributing to the success of her husband and enabling him do the work he loves, all while being able to focus on raising their sons. It's a great partnership!

Jesse has been with Heikes Enterprises since 1997, although Matt recalls Jesse's entrepreneurial spirit during their childhood friendship when they worked together repairing bicycles. The guys have come a long way and today Jesse oversees the de-icing operations for Heikes Enterprises. Most mornings during the winter season Jesse can be found behind the wheel of a salting truck making his rounds to ensure all lots are ice-free. Jesse also assists in the shop to keep the equipment in top condition. During the summer months, Jesse operates his own grounds maintenance business along with his wife, Jennifer. They are the proud parents of four boys.

In 2008, Kelly joined Heikes Enterprises to assist with the administrative aspects of the business. Her duties include cost-analysis, contract preparation assistance, insurance compliance and state and federal employer compliance. Her enthusiasm to continually learn about the snow and ice industry is evident and Kelly's contribution to the company has been greatly appreciated! Kelly is now taking an active role in assisting our sales team by building customer relationships and pursuing opportunities for community outreach. 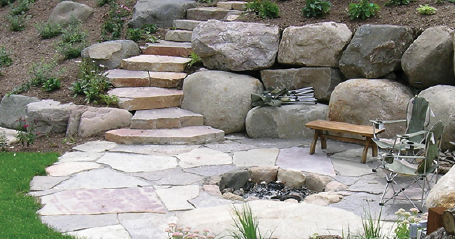 Did We Mention Manpower?

Heikes Enterprises employs more than 50 people. It's an outstanding workforce made up of people who know how to get the job done!